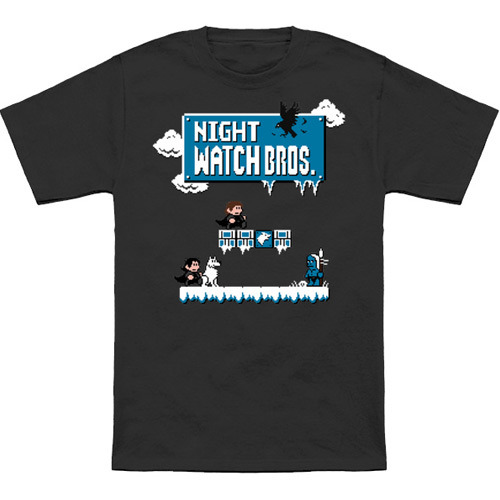 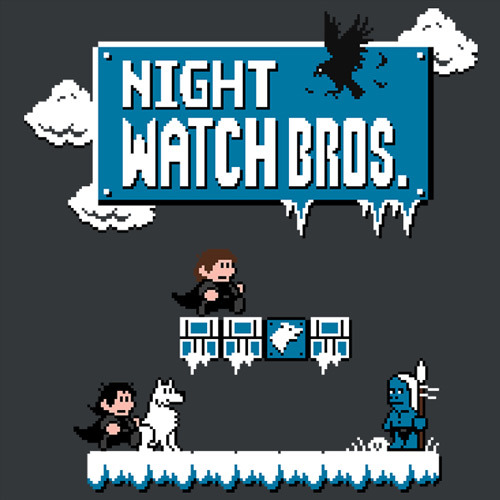 If the HBO television show Game of Thrones had aired in the mid to late 1980s, it would have undoubtedly inspired an NES game, as many successful action/fantasy movies and TV shows did at the time.  This Game of Thrones Nintendo Cartridge shirt, titled "Game of Bros.", displays a design inspired by the cover art that appeared on the outside of numerous games produced by Nintendo, most notably Super Mario Bros.  Based on the Game of Thrones guardians of the wall, the design features two brothers of the Watch battling a White Walker.  A trusty crow appears at the top and a direwolf sits next to one of the bros.  If you’re a fan of the series and you grew up with the NES, then this 8-Bit Game of Thrones t-shirt will take you back to a time when games required more of our imagination, which is partially the reason those same 8-bit games are still appealing today.