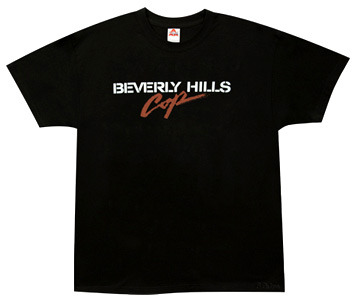 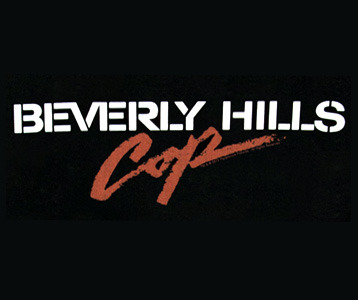 When asked what the top grossing comedy of 1984 was, your first guess might be Ghostbusters.  However, you’d be wrong.  In reality, the action-comedy Beverly Hills Cop beat it out just barely, earning an estimated $234 million.  The movie catapulted Eddie Murphy to worldwide stardom and led to two sequels with a fourth possible in the works.  This Beverly Hills Cop shirt displays the logo for the movie that finds Eddie Murphy’s character, Detroit police detective Axel Foley, traveling to Beverly Hills to investigate the murder of his childhood friend Mikey.  There, he teams up with police officers Sgt. John Taggart (John Ashton) and Det. Billy Rosewood (Judge Reinhold), who are initially assigned to follow Foley to make sure that he doesn’t stir up trouble for the department.  The trio uncovers a smuggling ring and eventually tracks down Mikey’s killer.  If you’re a fan, then this Beverly Hills Cop movie t-shirt will help you to recall the film’s funniest moments.