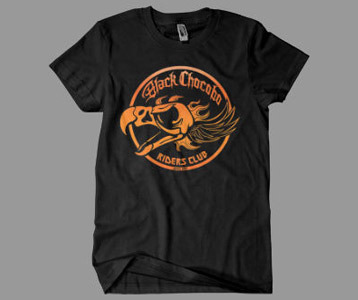 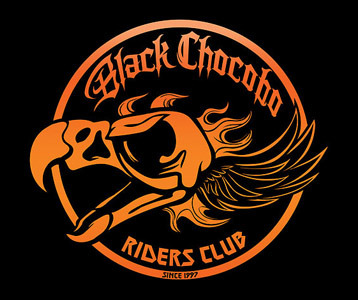 If you’re a fan of the Final Fantasy video game series, then you are most likely familiar with the character on the front of this tee.  Otherwise, you’re probably thinking this design is just a really badass version of Sonny, the bird from the Cocoa Puffs cereal box.  A chocobo is a type of large, normally flightless bird which characters can mount and ride as a form of vehicle.  If threatened, chocobos can become rather vicious.  However, they are usually quite timid in the forests where they dwell.  The most well-known variety is the Gold Chocobo, which is the breed that appears most often in the Final Fantasy video game series, beginning with Final Fantasy II.  This Black Chocobo T-Shirt represents a rare breed of the species that possesses the ability to fly.  Other different colored versions of the species possess other unique physical and magical abilities. Black Chocobos have appeared in Final Fantasy II, IV, V, VII, XI, and XII, in addition to Final Fantasy Tactics, Tactics A2, and Final Fantasy Fables: Chocobo’s Dungeon.