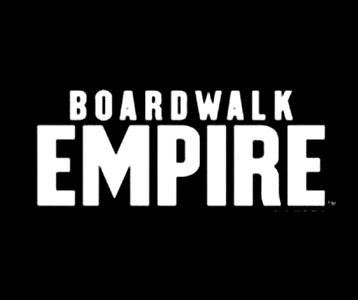 The HBO TV show Boardwalk Empire is inspired by Nelson Johnson’s nonfiction book Boardwalk Empire: The Birth, High Times and Corruption of Atlantic City.  With Martin Scorsese executive producing and directing the first episode, the series garnered HBO’s highest ratings for a premiere since 2004’s Deadwood, and it was renewed by HBO for a second season just two days after it debuted.  Directors of subsequent episodes have tried to preserve the tone and style created by Scorsese, who has himself expressed interest in directing more Boardwalk Empire episodes.  If you are becoming engrossed in this Prohibition era tale of crime and corruption, then get this Boardwalk Empire t-shirt to inform everyone of your new favorite TV show.

Add in a few more gangsters, Nucky Thompson’s mentor The Commodore (Dabney Coleman), a showgirl named Gillian (Gretchen Mol) and Margaret Schroeder (Kelly Macdonald), the woman in an abusive marriage who Nucky tries to help, and the plotlines for the TV show begin to emerge.  Get this HBO Boardwalk Empire t-shirt and imagine yourself immersed in the seedy underbelly of The World’s Playground.