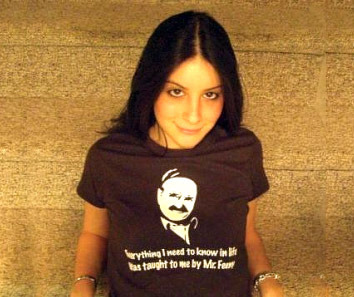 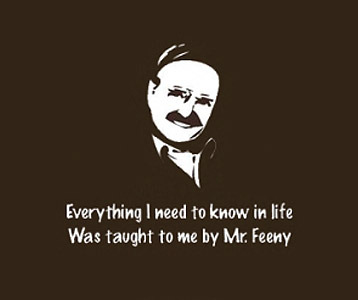 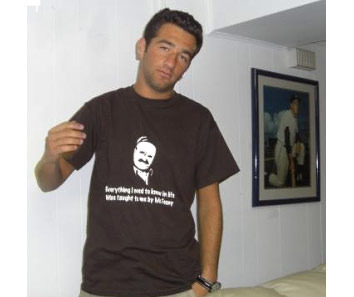 Buy at My Party Shirt

Throughout our lifetime, most of us are lucky enough to encounter a teacher along the way who touches our lives.  They can introduce you to the field you pursue for a career or simply bring out the creative side of you that you didn’t know existed.  On the TV show Boy Meets World, that teacher was Mr. Feeny.  If he taught you a lesson or two as well, then pay homage with this Mr. Feeny shirt, because every good teacher deserves some recognition.

Boy Meets World ran for seven seasons during the nineties as part of ABC’s TGIF lineup.  The show follows Cory Matthews (Ben Savage), a lighthearted boy from Philly, as he navigates his way from his junior high years all the way into college.  Along with his best friend Shawn Hunter (Rider Strong), nitwit brother Eric (Will Friedle) and eventual girlfriend Topanga Lawrence (Danielle Fishel), he carefully finds his way past bullies, death and typical peer pressures.  There is one more person that much of his success can be attributed to though, Mr. George Feeny (William Daniels), who is pictured on this Boy Meets World tee.  He played a variety of roles in young Cory’s life, including his wise next door neighbor, sixth grade teacher, high school principal and college professor.  Every step of the way, Feeny has been around to guide Cory through the hardest of times.  This Boy Meets World Mr. Feeny t-shirt is for fans that recognize what a privilege it would be to have such a witty yet comedic character in their lives.  Teachers like that are few and far between.

This t-shirt was discovered at My Party Shirt.