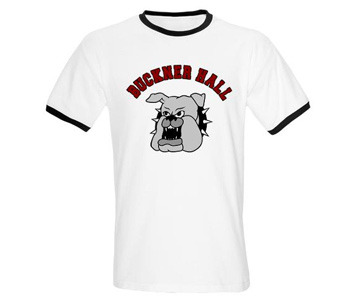 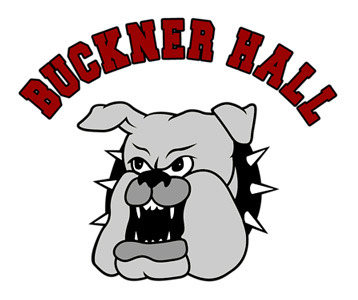 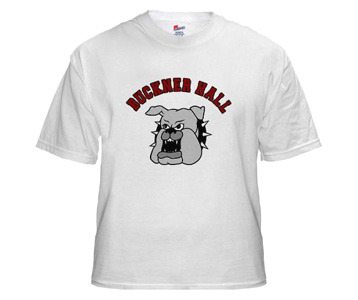 If you’ve been tuning into the ABC Family TV show Switched at Birth recently, then you’ll recognize this Buckner Hall Bulldogs shirt which closely resembles the one that Daphne’s basketball team wears.  It’s perfect for fans of both the fictional team and the series.  The shirt first appears after Daphne (Katie Leclerc) decides to quit her current basketball team at the school for the deaf in order to join Buckner Hall’s squad, the Bulldogs.  However, her hopes for getting playing time are crushed after Toby tells her that the only reason that Buckner’s coach wanted her on the team is so that the school can get $20,000 in grant money for new locker rooms.  The grant would be Buckner’s reward for making an effort to encourage disabled kids to play sports.  This Buckner Bulldogs t-shirt is available in a variety of styles, including ringer Ts, which most closely resemble what the basketball team wears on the TV show.