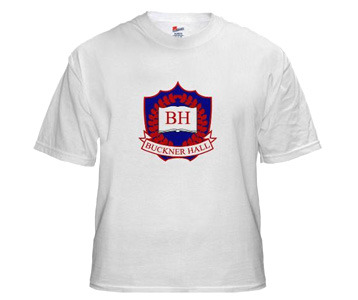 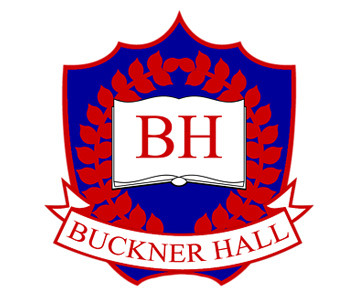 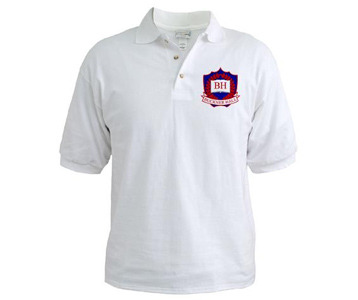 In the fictional world of ABC Family’s Switched at Birth TV show, the well-to-do kids attend Buckner Hall, a private school located in Kansas City.  This includes brother and sister Toby and Bay Kennish, Wilke, Daphne and Simone.  Daphne takes a cooking class at Buckner and eventually joins their basketball team.  At first glance, many of the kids who go to the school are viewed as snobbish, but as the series evolves we see that some have more substance than others, despite exuding less than flattering first impressions.  This Buckner Hall t-shirt displays a logo that is nearly identical to the red and blue school logo that they wear on their outfits.  There doesn’t appear to be a strict dress code, as we see a variety of outfits that display the emblem.  However, most of the outfits seem to match the school colors, whether the student is wearing a plaid skirt, a sweater, or a Polo.