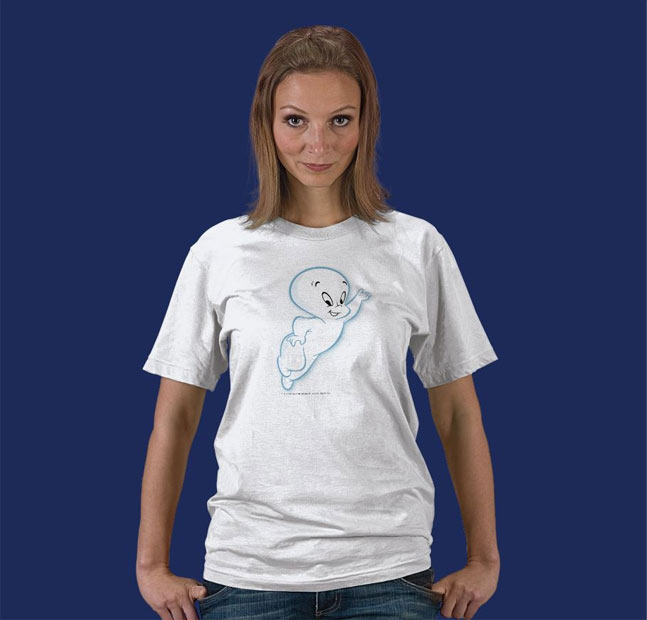 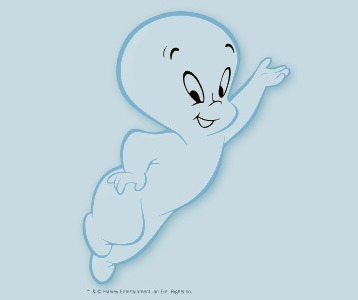 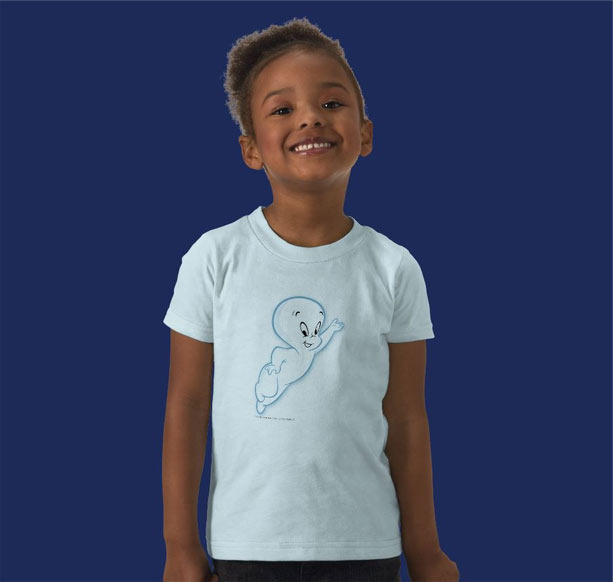 I love horror movies.  In fact, I love anything with ghosts, goblins, vampires, swamp things, skeletons, werewolves or zombies, and I still love them even if they are animated!  I have enjoyed these movies since I was little and I see no signs of that changing any time soon.  One of my favorites has always been “the friendly ghost” named Casper.  If you have an affinity for him as well, then this Casper t-shirt should leave you feeling hauntingly warm and fuzzy inside.

Casper the Friendly Ghost has been gracing us with his presence since the book debuted in 1939.  Soon after, in 1945, the character was turned into a cartoon and has been growing in popularity ever since.  In 1954, Casper got a friend, a “good little witch” named Wendy.  In the 1990’s, both Casper and Wendy became live characters in the movies.  Casper (1995), starring Devon Sawa and Christina Ricci, brought about a few facts that had never been thoroughly addressed before in the series.  Not only did the movie claim that Casper’s last name was McFadden, it also introduced the idea that he had died after catching pneumonia from sledding too long.  I’m not sure what to believe, but the chubby cheeked ghost will always have a place in my heart and this Casper Ghost shirt will always have a place in my closet.

Get your very own Casper tee and share your favorite ghost stories or childhood memories with other fans.  There are various Casper the Friendly Ghost t-shirts to choose from, including logo tees and designs featuring the adorable ghost in various costumes.  Sing along with the Casper theme song!

The friendliest ghost you know!

But the children all love him so.

And he's really glad to meet ya'

Wherever he may go,

He's kind to every living creature.

Why children love him the most,

But kids all know that he loves them so,