Creature from the Black Lagoon T-Shirt 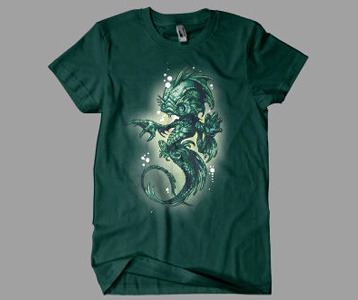 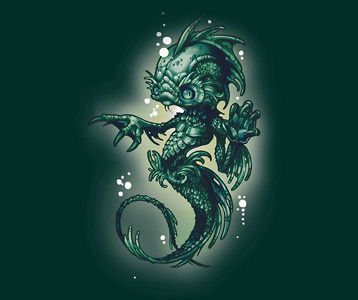 Released in 1954 in 3-D, the Creature from the Black Lagoon movie is an American horror film that tells the story of an archaeology expedition to uncover the complete fossilized remains of an ancient sea creature with webbed hands, pictured here on this t-shirt.  The discovery provides the link between land and sea animals.  An expedition funded by Dr. Mark Williams (Richard Denning) returns to the Amazon aboard the steamship the Rita to search for the rest of the creature’s fossilized remains.  They arrive to find that the researchers who were left behind at the camp have all been killed.  Soon, the team, including expedition leader Dr. Carl Maia (Antonio Moreno), his friend Dr. David Reed (Richard Carlson), Reed’s girlfriend Kay Lawrence (Julia Adams), boat captain Lucas (Nestor Paiva), another scientist named Dr. Thompson (Whit Bissell), and the expedition’s financial backer Dr. Williams, discovers clues that lead them to suspect the modern day existence of the monster.  This Creature from the Black Lagoon shirt is a dazzling artistic tribute to the legendary sea beast that fights to protect itself from the humans who have intruded on its territory.