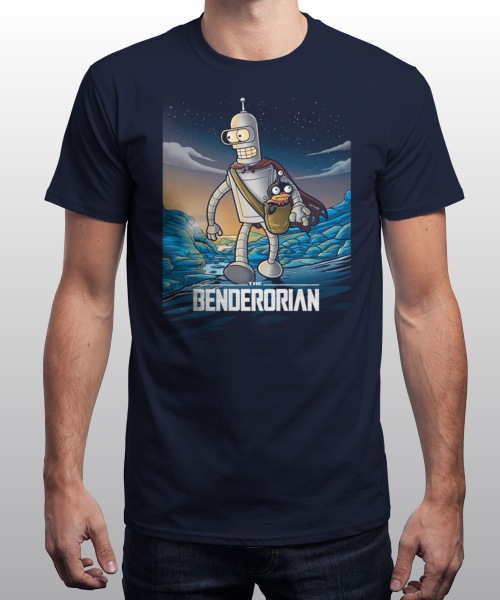 Touted as Europe's first t-shirt deal of the day web site, Qwertee derived its name from the familiar QWERTY style keyboards (the first six letters on the keyboard in front of you most likely spell out QWERTY). They wanted to combine the notion of tees with something nerdy and technology oriented. Sticking with the nerdy theme, their mascot (drawn by Adam Corbally) is a cartoon robot named Qwerteebot, who was originally supposed to be part of their logo but never quite fit. Qwerteebot pops up around the site and in Qwertee's avatar. The web site prides itself on its active online community that includes both artists and fans who vote on which designs should appear as the next Qwertee shirt deal of the day. During the first quarter of 2012, Qwertee switched from only posting new tee designs Monday thru Friday to posting new designs every day of the week. In addition to this welcomed change, they began making the previous day's t-shirt deal available at the moderately elevated price of $14.
« Prev Deal
Next Deal »
More Daily Deals:
See All of Today's T-Shirt Deals
Make Your Wish
$14.78
Tee Tee
Tired Of Humans
$14
Qwertee Yesterday
The Raven
$14
Qwertee Yesterday
Cute But Psycho
$14
Qwertee Yesterday
Latest Tee Discoveries:
See All New T-Shirt Discoveries
Bells Beach Point Brea…
When Hope Calls New Ho…
Bistro Ramon T-Shirt
The Humbug Insect T-Sh…
SHIRTS WE LOVE