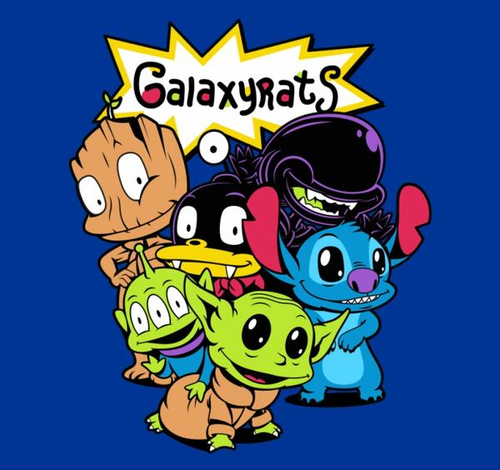 The RIPT shirt of the day web site is the product of a collaboration between three childhood friends, TJ Mapes, Paul Friemel and Matt Ingleby, who also graduated from Iowa State University together. Based out of the Windy City, RIPT promised at the time of its launch to “stay away from t-shirts that are essentially just words used in a clever way.” The company has lived up to its promise and RIPT has emerged as a worthy rival to t-shirt of the day site TeeFury and other industry leaders. On a typical day, RIPT’s featured shirt might be inspired by anything from Star Wars, Super Mario and Battlestar Galactica to Evil Dead, Monty Python and Pee-wee Herman. A plus to RIPT is that most of their featured designs can be purchased on other forms of apparel, including hoodies, kids' shirts and onesies. A redesign has given their site a cleaner look and a more aesthetically pleasing feel. RIPT shirt of the day designs have also become almost entirely focused on geek and pop culture (think TeeFury) and less focused on random artistic themes (think Threadless or Design by Humans).
« Prev Deal
Next Deal »
More Daily Deals:
See All of Today's T-Shirt Deals
Neko Wave Kaiju
$13
RIPT
I'm Surrounded By…
$12
TeeFury
Cyberbug
$12
TeeFury
Heartland
$18
Tee Gravy
Latest Tee Discoveries:
See All New T-Shirt Discoveries
Bells Beach Point Brea…
When Hope Calls New Ho…
Bistro Ramon T-Shirt
The Humbug Insect T-Sh…
SHIRTS WE LOVE