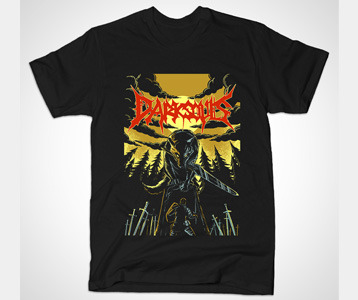 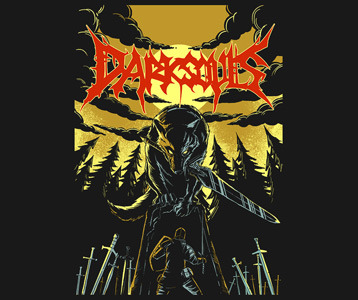 First released for the PS3, PC and the Xbox 360, Dark Souls is an action role-playing video game set in the kingdom of Lordran.  This Dark Souls video game shirt features the cursed warrior who has chosen to embark on a pilgrimage that will end with him being given the choice whether to rekindle The First Flame or to simply let it die out, ushering in the Age of Dark.  If you're eagerly anticipating the release of Dark Souls II and are already preparing for the difficult but rewarding journey that lies ahead, this Dark Souls t-shirt will help inspire you to restore the kingdom to how it was during The Age of Fire.