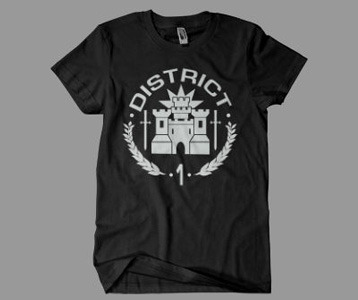 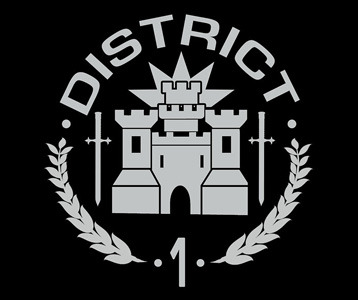 In the post-apocalyptic world of Suzanne Collins' Hunger Games novels, America, now known as Panem, has been divided into thirteen districts, which span distinct geographic regions of the former United States.  Each region is responsible for producing or providing a certain product to the Capitol, the area where the rich citizens and powerful government officials reside.  This District 1 Shirt displays the region’s seal, which emphasizes the type of items they produce, luxury goods.  It is believed that most of the residents from this region are loyal to the Capitol.  Tributes from District 1 train from a young age to compete in The Hunger Games and are usually highly successful.  Their names often reflect aspects of certain products produced by the region.  Wear this District 1 Hunger Games Shirt as you cheer on Glimmer and Marvel in the 74th Games.