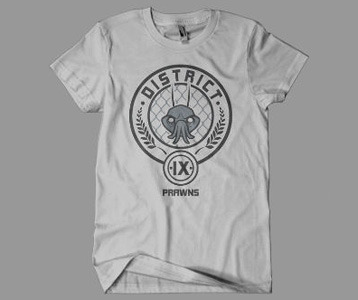 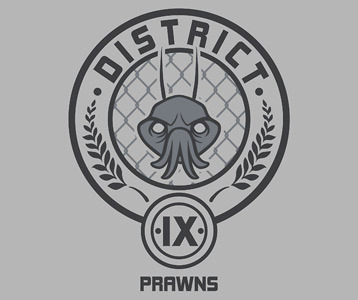 This creative design combines The Hunger Games with director Neill Blomkamp’s alien movie District 9.  The Hunger Games District 9 Prawn t-shirt displays what looks like a typical Hunger Games district seal, only here an alien, derogatorily referred to as a prawn, is featured in the center of the seal, replacing the wheat that typically represents the ninth district of Panem in The Hunger Games trilogy.  Can you imagine Katniss fighting prawns?  It’s more likely that she would fight alongside them, perhaps in the mech suit.  Now that would be awesome.  Get this District 9 Hunger Games Prawn shirt today.