District 9 For Humans Only t-shirt 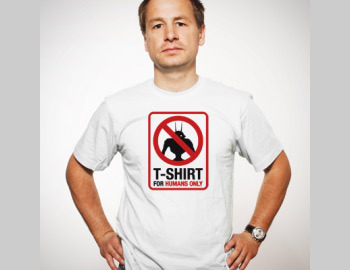 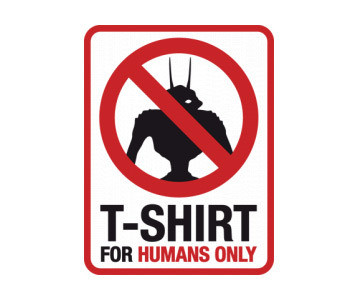 I love scary thriller movies so I decided to give District 9 a whirl, even though it has more of a science fiction theme.  Now that I’ve watched it, I’m surprised by the very different tone this movie has compared to all others I’ve ever seen.  If you felt the same way when you saw it, then snag this Prawn District 9 t-shirt.  The tee features an anti-prawn theme that can be seen on signs throughout the film.

District 9 is a science fiction movie about aliens, derogatorily referred to as prawns, living in present day South Africa.  (In real life, a prawn is a species of king cricket that became prevalent in homes in Johannesburg, South Africa after 1960, when the region exploded in size and population.)  After arriving over Johannesburg in 1982, the aliens become stranded when a portion of their spaceship detaches and buries itself in the ground.  The aliens are then quarantined to living in District 9, a shanty town of sorts that keeps the aliens segregated from the rest of the world, a theme which is also emphasized on this shirt.  After the conditions there become deplorable, a private military company called Multinational United (MNU) is hired to move them to District 10.  The relocation efforts are led by Wikus van de Merwe, who is exposed to a toxin while on the front line that begins mutating him into an alien.  This mutation gives him alien DNA, which allows him to work the alien weapons, making him a man of interest to MNU.  Eventually, the adventure comes to a close when fuel is created for the spaceship and it is able to leave Earth.

This t-shirt was discovered at Shirt City.