Doctor Who The Who Band T-Shirt 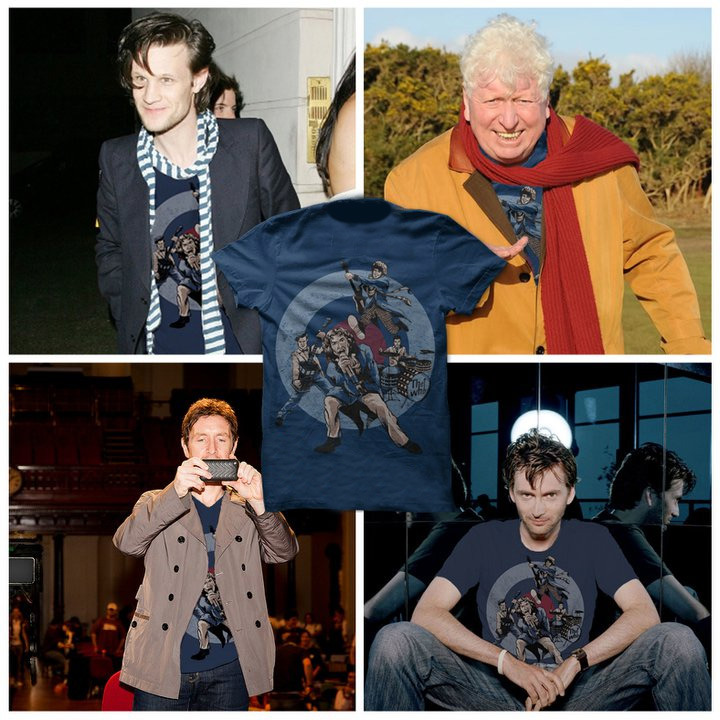 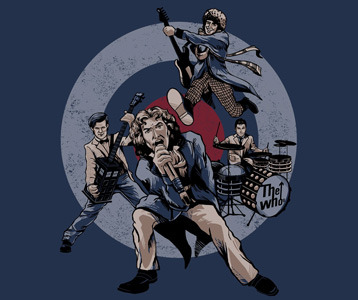 This design combines two English staples, the rock band The Who and the Doctor Who BBC television show.  The English rock band that debuted in the 1960s featured singer Roger Daltrey and guitarist Pete Townshend. Here, the band is replaced by several incarnations of the Doctor from the TV series. The front of the Doctor Who Band shirt features actors Matt Smith, Tom Baker, Paul McGann and David Tennant, dubbed The Whos. We can't deny that Matt Smith's TARDIS guitar is one of the greatest things we've ever seen, not to mention the Dalek drum set. Rock out in this Doctor Who The Who t-shirt that features one band we'd definitely travel back in time to see.