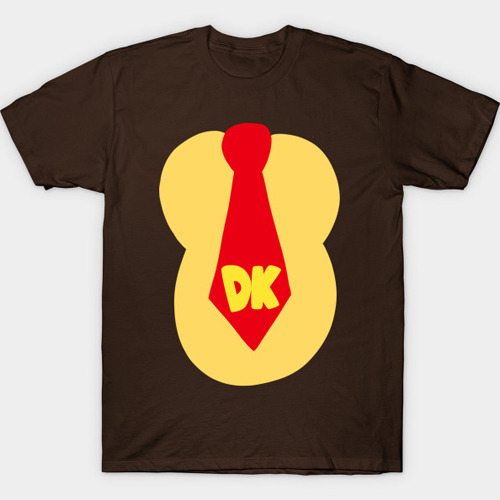 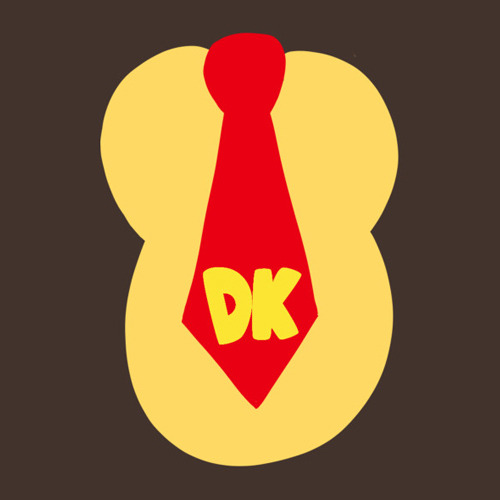 A few weeks ago, I noticed that Donkey Kong Country Returns for the Nintendo Wii had been marked down in price, so I decided to pick up a copy.  Having never played the original Donkey Kong Country for the SNES, I wasn't exactly sure what to expect.  However, I liked the fact that two players can play simultaneously at the same time and the game had received many positive reviews.  As I began to play, I quickly realized that the gameplay was very similar to the New Super Mario Bros., which makes sense to some extent, since both of the main characters have identical origins.  Being a huge fan of New Super Mario Bros., I've quickly become a fan of Donkey Kong Country Returns.  This costume t-shirt displays the stomach of Mr. Kong himself, along with his recognizable DK necktie.  Although the red necktie on this Donkey Kong Country shirt is most recognizable from this video game series, it was first introduced in 1994's Donkey Kong for Game Boy.

This Donkey Kong t-shirt was discovered at TeePublic.