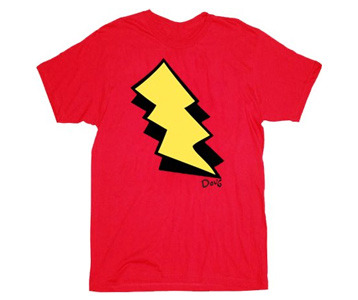 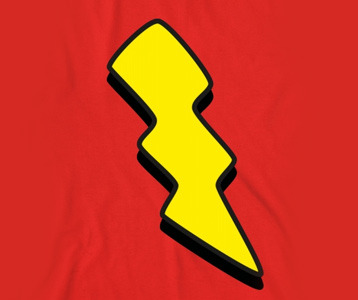 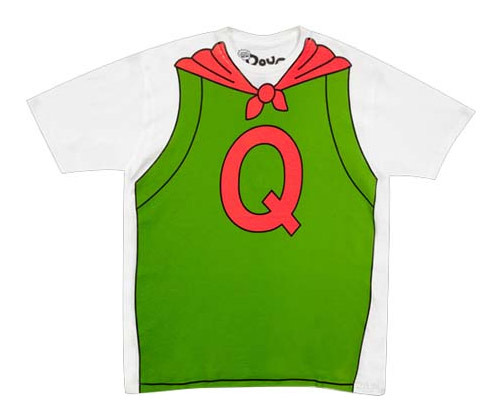 What loves beets and mayonnaise and is funnie all over?  This Doug t-shirt says it all!  Douglas Yancey Funnie.  Okay, not the best joke but I tried.  It is tee – rrific.  Better?  The design features a portrait of the cartoon’s star.  If you’re looking for a Doug costume tee, try the Quailman t-shirt.  Pair it with a real cape for the ultimate Quailman Halloween costume.

The TV show Doug was one of Nickelodeon’s three original Nicktoons.  It debuted in 1991 and ran for four seasons, ending in 1994.  Creator Jim Jenkins then sold off his animation studio and the show was picked up by Disney.  They created another three seasons which ran from 1996 until 1998.  The two cartoons are easily distinguishable by the introduction and characters’ altered looks, but both are dynamite.

In all of the episodes, we watch an adolescent writer named Doug Funnie and the challenges he faces after moving from Bloatsburg to Bluffington.  He makes new friends like Skeeter Valentine, new enemies like Roger Klotz and even finds a new crush, Patti Mayonnaise.  When daily life isn’t complicated enough, he and his sidekick dog Porkchop immerse themselves in the worlds that Doug creates in his writing and they become superheroes.  They outfit themselves in Quaildog and Quailman shirts like the costume tee shown here.  Grab a Honker burger and a Doug shirt to show that this should have been the longest running Nicktoon ever created.  Now get out there and bag a Neematoad!

This t-shirt was discovered at TVStoreOnline.