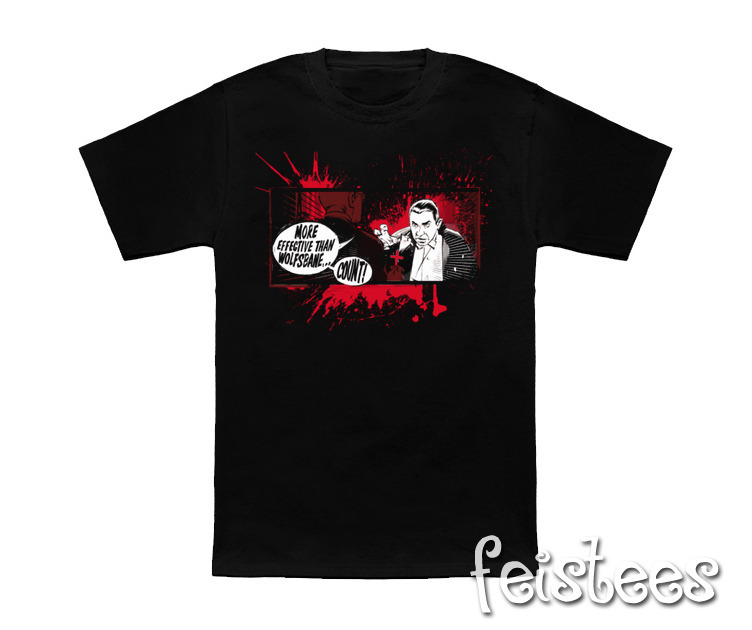 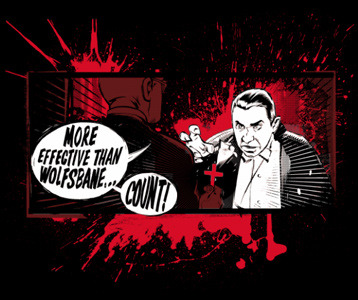 The classic 1931 Dracula movie starring Bela Lugosi is often regarded as the best screen adaptation of Bram Stoker's novel. The movie itself is only loosely based on the novel, as it was instead adapted from the 1924 stage play Dracula by John L. Balderston and Hamilton Deane. The front of this Dracula 1931 t-shirt depicts a scene from the classic vampire-horror movie. When Count Dracula (Bela Lugosi) assumes that the vampire hunter Van Helsing is reaching for more wolfsbane, Van Helsing surprises him by pulling out a crucifix and replying, "More effective than wolfsbane... Count!" Wear this Dracula Bela Lugosi shirt to celebrate the timeless 1931 Dracula movie.