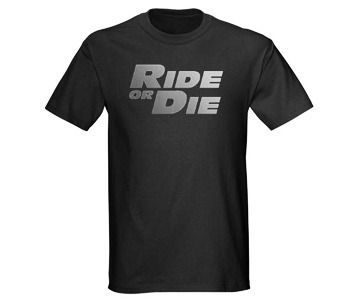 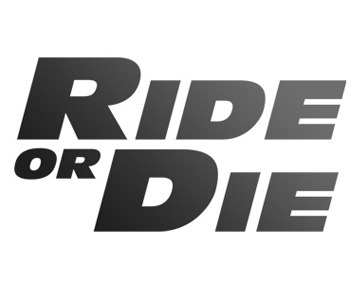 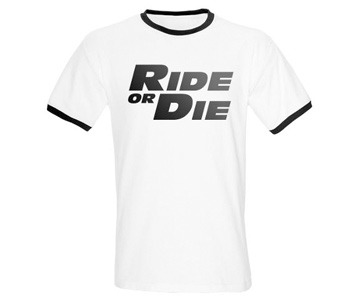 Vrroom.  Vrroom.  Nothing gets my adrenaline going quite like a fast car but racing movies come mighty close.  Luckily, our favorite franchise just released another installment in the series, the movie Fast Five, which sees the return of many of the central characters, including Vin Diesel as Dominic Toretto, Paul Walker as Brian O’Conner, Tyrese Gibson as Roman and Jordana Brewster as Mia.  The movie also adds a fresh face in the form of Dwayne “The Rock” Johnson who portrays Hobbs, a special agent with the U.S. Diplomatic Security Service.  If you are a fan like me, the Fast and the Furious t-shirt featured here is likely to get your heart racing and pistons firing.  Ready, set, go!

The franchise began in 2001 with the release of The Fast and the Furious movie by Universal Pictures.  The film, which is represented here by the quote on this Vin Diesel t-shirt, introduced many people to the idea of street racing as viewers got caught up in the fast-paced action.  The success of the first film fueled the fire and in 2003, the movie 2 Fast 2 Furious got viewers holding onto their seats again with the return of Brian O’Connor (Paul Walker).  In 2006, they went international with Tokyo Drift but brought it back to the states in 2009 with Fast & Furious.  In 2011, fans sped off to theatres to see the Fast Five movie, causing it to break box office records with the biggest April opening ever!  If you were one of the many who contributed to its success (or even wish you were) get this Fast and Furious shirt before it disappears.  This tee is on fire just like the film.