What Did You See in Your Flash Forward? shirt 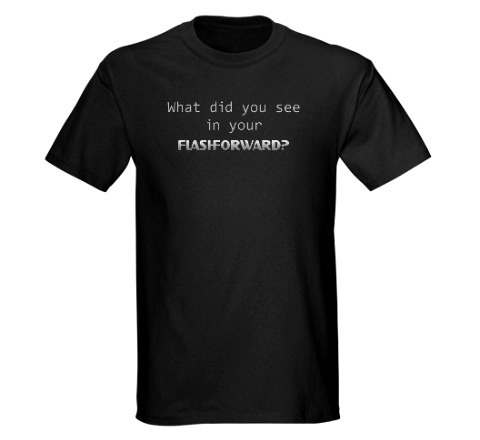 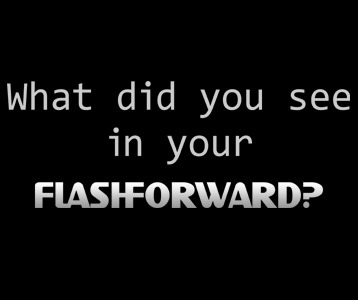 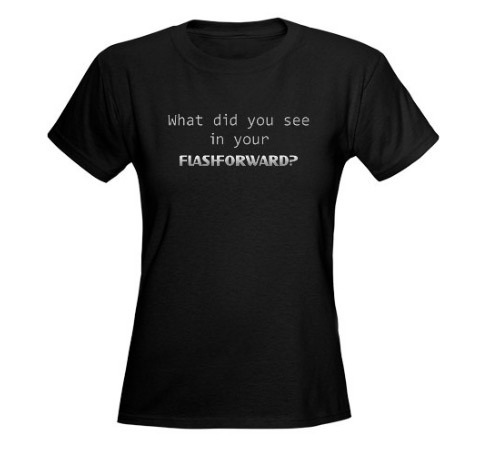 What did you see?  If you are a fan of the TV show FlashForward like I am, then this quote should be very familiar to you.  After a worldwide blackout, individuals ask each other what they saw while they were unconscious, as they try to piece together a mosaic of flash forwards to discover what it all means.  The show’s premise was taken from a book called Flashforward by sci-fi author Robert J. Sawyer.   Whether you are a fan of the novel or the ABC show, this FlashForward t-shirt will spread the word about this intriguing plot.  Grab your tee today!

According to the TV show, on October 6, 2009, seven billion people blacked out for two minutes and seventeen seconds.  Many people lost their lives because of accidents caused by the global black out.  During this time of unconsciousness, individuals flashed forward and saw visions of what happens to them for a brief period of time on April 29, 2010.  As the looming date approaches, people scramble to decipher exactly what they saw, why they saw it and if they can change the events in their visions, hence the significance of this What Did You See in Your Flash Forward? tee.

The FBI creates a database called Mosaic so users can go online and input what they saw in an effort to try to piece it together with other individuals’ stories.  In many cases, what they saw is not quite what it seems and for an unfortunate few, their lack of dreams is interpreted as a death sentence.  What the visions mean isn’t the only question though.  The FBI is obviously also interested in discovering what caused the black out and whether it will happen again.  Quit dreaming and snag your FlashForward t-shirt before it is too late.