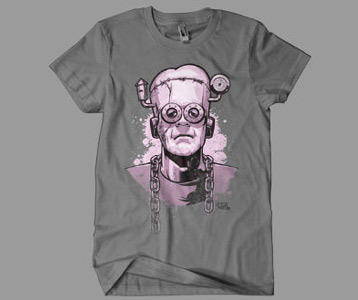 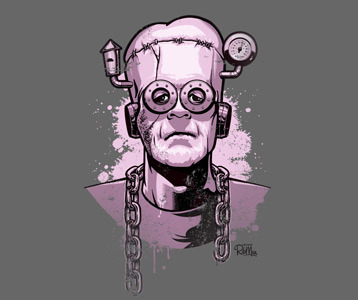 The design on the front of this Frankenberry t-shirt displays the monster that is synonymous with the strawberry-flavored cereal produced by General Mills.  The sweet breakfast food was first produced in 1971 as part of General Mills Monster Cereals, which would eventually also include Count Chocula (1971), Boo Berry (1973), Fruit Brute (1974) and Fruity Yummy Mummy (1987).  Here, the monster was created to look more lifelike than cartoonish, making this a fitting choice for both adults and kids.  On a side note, some of you might recall that Frankenberry Cereal at one time included a strong dye that could turn children's feces pink, a condition referred to as "Frankenberry Stool."  Wear this shirt as a tribute to the cereal that is now only produced seasonally in the fall for Halloween.