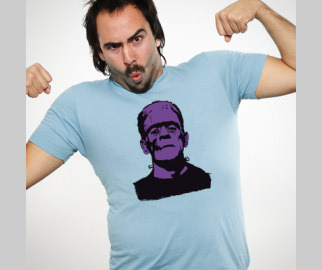 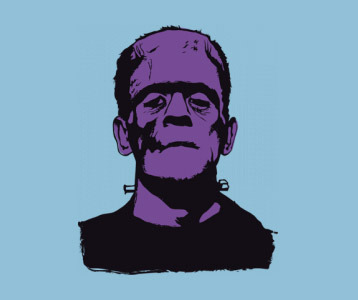 Mary Shelley’s novel Frankenstein; or, The Modern Prometheus was first published in January of 1818 when Shelley was just 19-years-old (she began writing the story when she was 18).  The first edition of the book was published anonymously in London.  Mary Shelley’s name appears on the novel’s second edition, which was published in France.  Considered to be one of earliest examples of science fiction, Shelley intended the novel to be a cautionary tale against the expansion of man via the Industrial Revolution.  This is alluded to in the book’s subtitle, The Modern Prometheus.

The occult elements that can be found in the story were inspired by Shelley’s travels through the region in which the story unfolds, where she and her companions discussed topics like galvanism, which refers to the contraction of a muscle that is stimulated by an electric current.  This idea can be seen in her story when electricity is used to bring Dr. Victor Frankenstein’s monster to life.  Celebrate the dawn of sci-fi with this Mary Shelley Frankenstein t-shirt that displays the face of Victor’s monster.  It’s perfect to wear under your Frankenstein monster costume or with your mask.

Commonly referred to as Frankenstein, the monster on the front of this shirt was actually created by Dr. Frankenstein, a scientist with an interest in bringing the inanimate to life.  Victor developed an interest in galvanism, first discovered in the 1790s.  Using bones that he collected from charnel-houses (a vault or building, usually near a church, where skeletal remains are stored) and other anatomical materials from dissecting rooms and slaughter houses, Victor created the monster represented on this Frankenstein tee.  Victor was forced to make the monster much larger than a normal size man due to the great difficulty in replicating the human body’s minute parts.  Appalled by his creation, Dr. Frankenstein conveyed his feelings by stating, "I had desired it with an ardor that far exceeded moderation; but now that I had finished, the beauty of the dream vanished, and breathless horror and disgust filled my heart.”  Again, author Mary Shelley is creating an analogy to the emerging industrial revolution sweeping through Europe at the time.

The story continues with Dr. Frankenstein’s monster exacting revenge against his creator by both directly and indirectly causing the death of five of Victor’s friends and family members, including his younger brother, wife 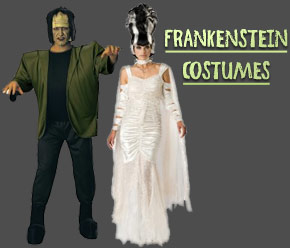