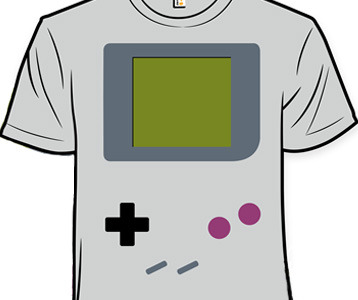 Get played in this Nintendo Game Boy t-shirt that literally turns you into the retro 8-bit handheld gaming device.  Released in July of 1989, it originally shipped with the puzzle game Tetris.  It became a staple for most children of the 1980s, featuring a display that produced four shades of gray.  It was followed by the Game Boy Color in 1998 that, as you guessed it, had a color display.  Here, we remember the classic handheld Nintendo game console with this Game Boy Costume t-shirt that just might tempt others to push your buttons a little.