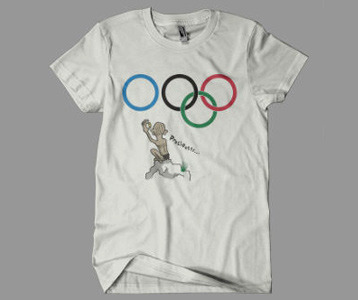 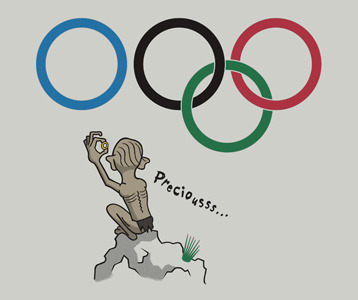 If you’ve ever wondered where the One Ring from the Lord of the Rings actually came from, look no further.  This Gollum t-shirt depicts the former Hobbit stealing the gold ring from the Olympic symbol.  The colors in the symbol, including the normal white background, were intended to represent the colors that appeared on the national flags of the countries that competed in the Olympics at the time of the design’s creation.  It seems that Gollum’s lust for the One Ring has caused him to corrupt the symbol’s intended purpose.  Wear this Gollum Olympic shirt and get some laughs as your friends observe the precious Lord of the Rings design.