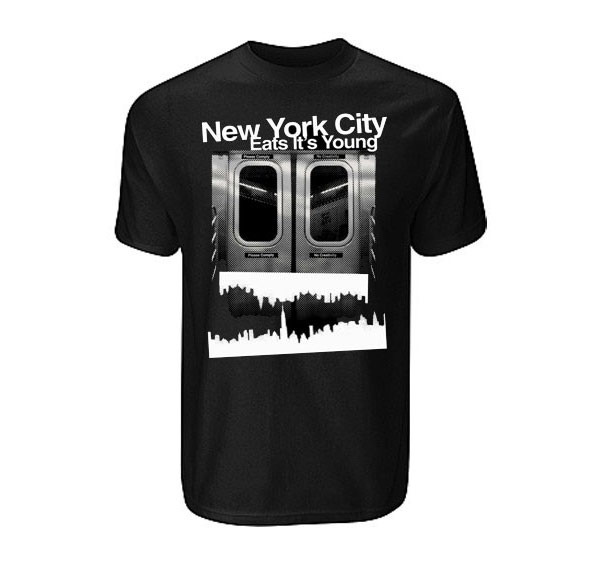 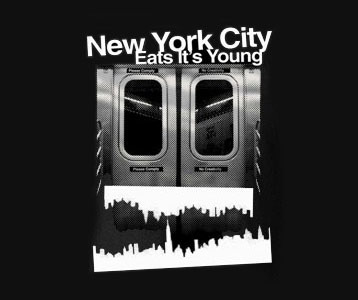 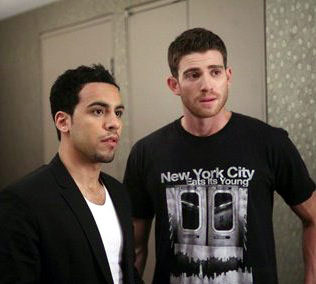 The HBO How to Make It in America TV show is a comedy series that chronicles the journey of two New York City twenty-somethings, Ben Epstein (Bryan Greenberg) and Cam Calderon (Victor Rasuk), as they struggle to make a name for themselves in New York City’s competitive fashion industry.  The series has been dubbed the East Coast’s Entourage, with the fashion industry standing in for the film industry.  Mark Wahlberg is also an executive producer on both shows, which further supports the connection.  As fans of the TV show watched Ben and Cam struggle to succeed in fashion, it was ironically one of the tees that Bryan Greenberg’s character wore during the fifth episode that has become the real hit.  Ben’s NYC Eats Its Young t-shirt has been devoured by fans who have scoured the internet in search of this coveted How to Make It in America t-shirt.  We tracked down the clothing item, which will likely only be available for a limited time.

Everyone wants a piece of the American dream.  Whether it’s a band of friends who journey to Hollywood, or an ambitious duo who fight for every thread in an industry that shows no mercy, we can’t help but hang on for the ride.  Ben Epstein and Cam Calderon find their own unique ways to make it in America.  From selling bootleg leather jackets to hustling coveted Nikes, the road to the top is clearly not a smooth one for this dynamic NYC duo.  In their efforts to break into the New York City fashion industry, they encounter a variety of other characters, including Rene Calderon (Luis Guzman), Cam’s cousin who is trying to market his new high-energy drink Rasta-Monsta; Rachel Chapman (Lake Bell), Ben’s ex-girlfriend who is trying to make it in her own career as an interior designer; Gingy Wu (Shannyn Sossamon), Ben and Cam’s artsy friend; and David Kaplan (Eddie Kaye Thomas), Ben’s high school pal who is now a successful hedge fund manager.  Expose the cutthroat world that these characters live in with this New York City Eats Its Young How to Make It in America t-shirt.

As Ben Epstein and Cam Calderon struggle to launch their denim line Crisp, they meet with a Japanese buyer to present their product.  The buyer rejects their Crisp line but asks if he can purchase 300 units of Ben’s NYC Eats Its Young t-shirt that he made himself and wears to the meeting.  Now you can own the How to Make It in America tee that opened a new door for Ben and Cam.