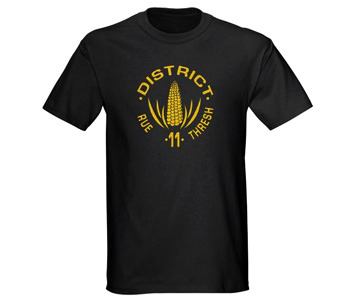 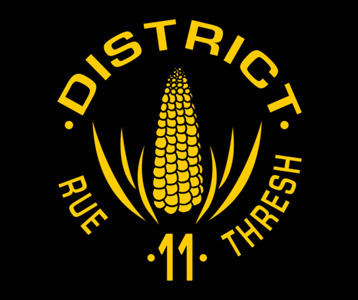 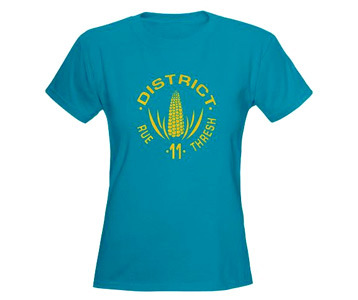 Whether you find yourself humming Rue’s song, or you admire her friendship with Katniss, this District 11 Rue and Thresh shirt is the perfect way to show your support for both the area’s tributes and the district itself.   Located in the region of the former United States that was known as the Deep South, citizens spend their time working in the orchards and fields of grain under the strict control of the region’s government.  They are underfed and not allowed surnames, much like the slavery conditions of the antebellum United States.   The cruelty of their government is revealed to Katniss when she is on her victory tour with Peeta.  A man is caught whistling the four-note song that Rue had sung to signal the end of the work day.  The District 11 Peacekeepers shoot the man for his violation.  Wear this Hunger Games District 11 shirt to stand up to the Capitol yourself, as you display the names of the region’s two tributes to the 74th Hunger Games, Rue and Thresh.