I Am Number Four Movie shirt 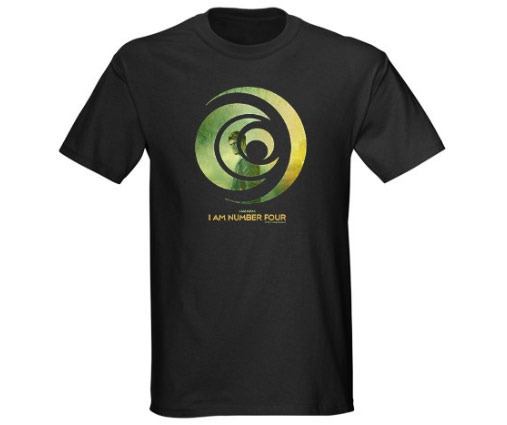 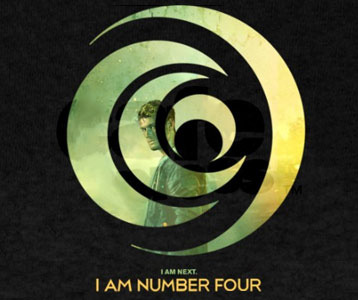 This I Am Number Four t-shirt is for lovers of the action packed book by Pittacus Lore turned 2011 hit movie.  Its unique storyline has been attracting people of all ages, rather than just the typical science fiction fans, and it’s not hard to see why.  The writing has lent itself nicely to impressive visuals, including stunning action sequences with dazzling special effects.  Pair that off with two handsome actors like Alex Pettyfer and Timothy Olyphant, and it is no wonder why people have responded well to the movie.  Reveal your admiration with this I Am Number 4 tee.

The story follows John Smith (the name he goes by in an attempt to blend in) as he struggles to stay alive on Earth.  He and eight others were forced to flee their planet as children and settle here.  Now, one by one, they are being hunted down and destroyed in numerical order by another alien race known as the Mogadorians.  He is number four and the first three have already been found and terminated.  John (Alex Pettyfer) thought he found stability with his new life in a small Ohio town by adopting a pet, finding a girl and making friends, but now all that is at risk.  He has to fight to keep it that way and his guardian Henri (Timothy Olyphant), who has always been a big help, can only do so much.  If you think the creativity shown in this work of fiction is out of this world, then snag this Alex Pettyfer I Am Number Four shirt now.  You’ll love it just as much if not more than the Pittacus Lore book and subsequent hit movie put together.  To see more tees for the movie, including Alex Pettyfer shirts, browse through to the seller's store.