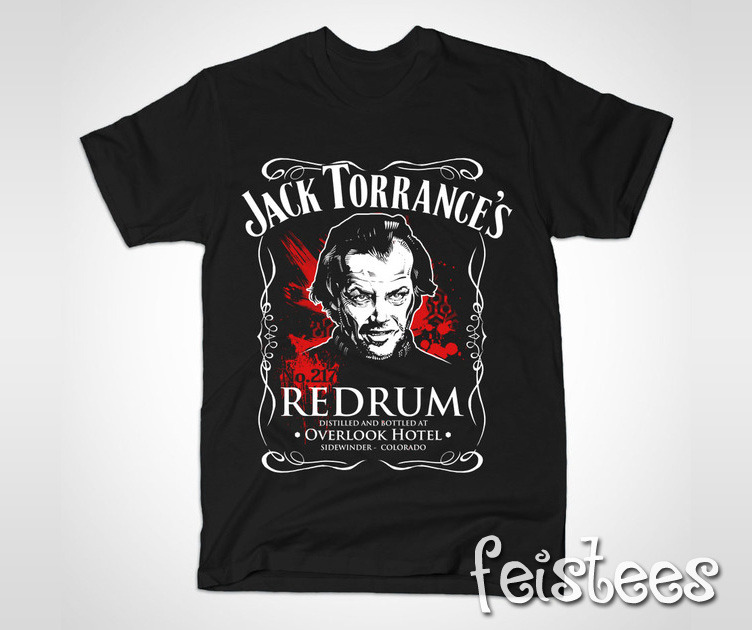 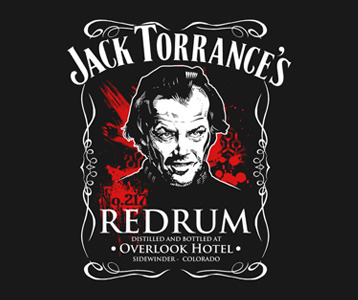 If you’ve ever seen the Stanley Kubrick movie The Shining, then you’re probably familiar with the meaning behind this tee.  Redrum (murder spelled backwards) is what Jack Torrance’s son Danny writes on the bedroom door.  His mother Wendy (Shelley Duvall) sees it in the bathroom mirror.  The reflection reveals the true meaning behind what her son Danny has written, “MURDER”.  Perhaps what is most disturbing is that Danny, in a throttled, possessed-like voice, repeats the term “redrum” over and over until his mother hears a bang at the door.  “Here’s Johnny!”  This Jack Torrance Redrum t-shirt combines the character with the logo for a well-known brand of liquor to create a new, slightly more disturbing beverage.  Wear this The Shining Jack Torrance shirt the next time you have drinks from Lloyd at the Overlook Hotel bar.