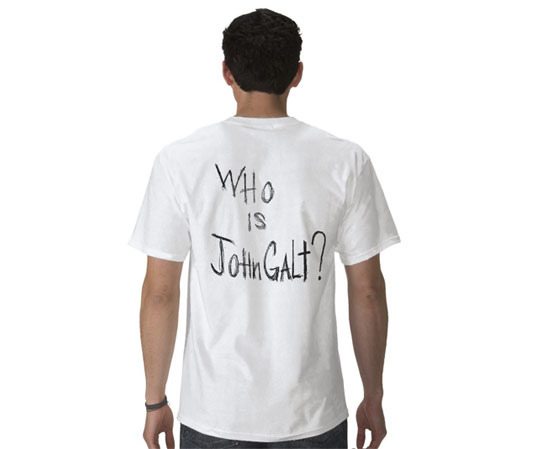 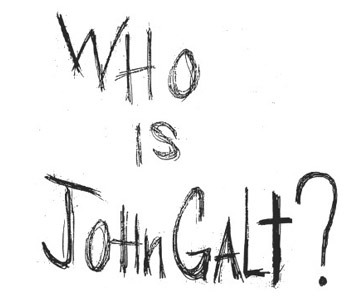 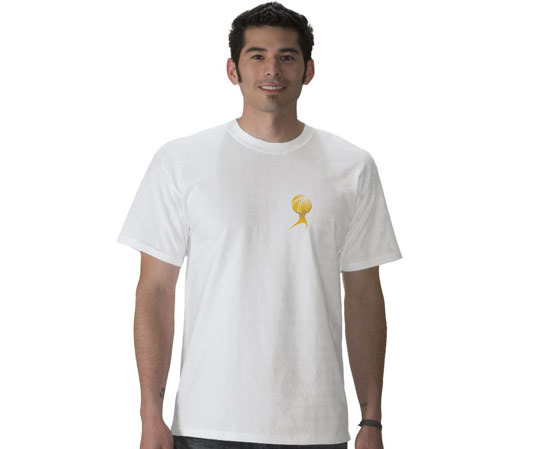 Perhaps more relevant today than ever before, Ayn Rand’s Atlas Shrugged novel, first published in 1957, explores the role of man’s mind in existence.  The book, which has been adapted into an Atlas Shrugged movie, tells the story of a United States of the future where the leading minds, ranging from industrialists to artists, fight against increased government control over their lives.  As a result, these men of the mind, led by the mysterious John Galt, decide to go on strike in an effort to demonstrate what society would be like without its most productive citizens.  If you’re a fan of the Atlas Shrugged movie or the classic book, this Who is John Galt Atlas Shrugged t-shirt will be a perfect fit.

The title of the book refers to Greek Mythology, where Atlas carried the weight of the heavens on his shoulders.  In Ayn Rand’s novel, “Atlas” is analogous to the innovators, the thinkers, and the doers of the world, who are carrying the weight of a society (and world) gone wrong.  The story, represented here by this Atlas Shrugged tee, focuses on several of these individuals, prodding us to question why a prolific genius named Francisco d’Anconia becomes an insignificant playboy … why the great steel industrialist Hank Rearden is manufacturing his own destruction … why composer Richard Halley abandons his career on the evening of his greatest accomplishment … why a strikingly beautiful woman named Dagny Taggart, who is in charge of a transcontinental railroad, has developed deep feelings for the man she has vowed to kill.  This Who is John Galt shirt represents what becomes the books most important question.  Who is this man who is fighting to lead the world out of its economic depression and back to its pro-capitalist, pro-business ways that encourage rather than impede men of the mind?

Sales of Ayn Rand’s Atlas Shrugged book increased dramatically in the wake of the late 2000s recession, reaching a ranking of #33 on Amazon.com in 2009.  As government continues to grow, both here in the United States and abroad, the novel is becoming more relevant than ever before.  Support the book and the 2011 Atlas Shrugged movie with this Atlas Shrugged t-shirt that will let everyone know that you support individuals like John Galt, who believe that people, not government, should be in control of society’s destiny.