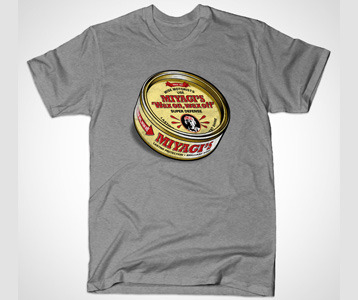 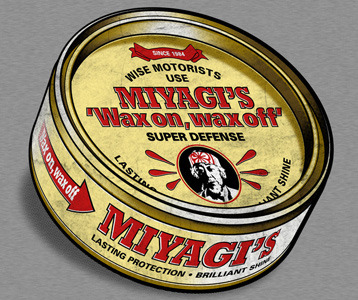 I’m not sure who you are rooting for on season twelve of DWTS, but this Wax On Wax Off t-shirt should give you a clue as to who I got a kick out of watching.  That’s right, I was voting for Ralph Macchio, the man who played Daniel Larusso in the movie Karate Kid.  His dancing partner was none other than the lovely Karina Smirnoff, with whom he had an undeniable chemistry.  Despite being eliminated in week nine, they had a good run that should be acknowledged!  Here, we pay tribute to his effort by offering a Karate Kid Wax On t-shirt. At forty-nine-years-old, Ralph was able to show the world that he is as flexible as he was in the 1984 Karate Kid movie, with high kicks and sharp turns integrated into the duo’s complex dance choreography.  Since his years of learning martial arts with Mr. Miyagi in the Karate Kid Part I, II and III in the eighties, Ralph has shown that he will always be a part of pop culture.  In 1992, he had another memorable role that I and millions of others adored, that of Bill Gambini in the hit movie My Cousin Vinny starring Joe Pesci and Marisa Tomei.  However, his most prized roles are that of husband to his wife Phyllis Fierro whom he married in 1987 and father of Julia (born in 1992) and Daniel (born in 1996).  Get this Karate Kid Wax On Wax Off shirt to celebrate the movie quote that helped to put him on the map.  After this exposure I’m sure we will be seeing a lot more of him as he knocks out the competition.  Wear the t-shirt as you do everything from polishing your car to practicing your dance moves.

This Karate Kid t-shirt was discovered at TeePublic.