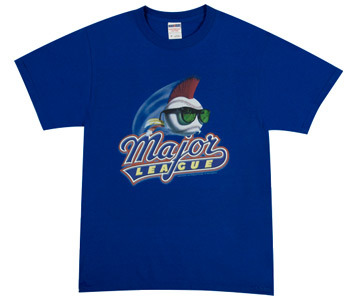 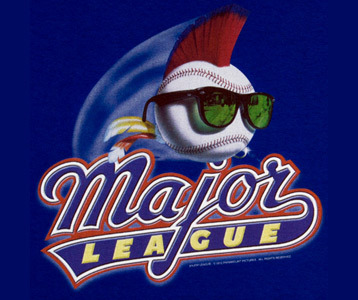 When someone mentions baseball comedies, it’s hard to not recall the 1989 film Major League, starring Charlie Sheen, Wesley Snipes, Tom Berenger, Corbin Bernsen, Bob Uecker and Rene Russo.  The film, represented here by this Major League movie shirt, tells the story of a ragtag group of professional baseball players who are purposely hired to the Cleveland Indians so that the team will lose and can be moved to the more attractive climate of Miami.  The scheme is put into effect at the request of the current owner, a former Las Vegas showgirl named Rachel Phelps (Margaret Witton), who inherited the team from her dead husband.  Whether you’re a fan of incarcerated pitcher Ricky Vaughn (Charlie Sheen), overpaid prima donna Roger Dorn (Corbin Bernsen) or lightning fast center fielder Willie “Mays” Hayes (Wesley Snipes), this Major League movie poster t-shirt is the perfect way to show that you enjoy watching the movie, only with a bag of peanuts instead of popcorn.