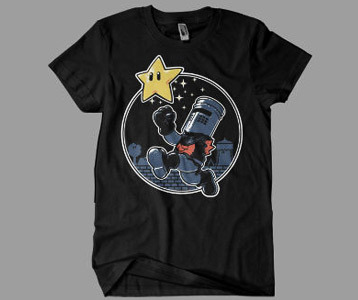 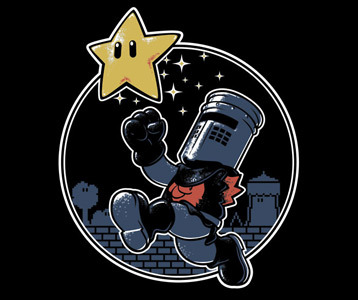 What if the Black Knight from Monty Python and the Holy Grail could have attained Star Power and turned invincible like Mario from Super Mario Bros.?  This creative Black Knight "I'm Invincible!" t-shirt imagines just that.  If he had been able to become invincible, he could have turned the tables on King Arthur and prevented any further dismemberment.  Unfortunately, that wasn't the case in the movie, but it still makes for a uniquely humorous Black Knight Super Mario t-shirt.  Perhaps a green 1-up mushroom would have helped in the end as well.