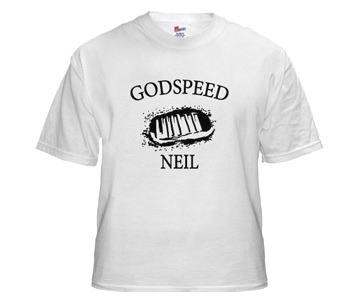 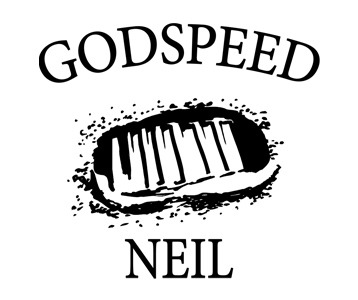 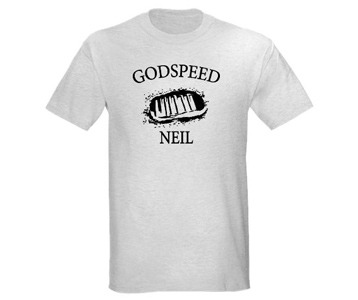 Yesterday, the United States and the world lost a legendary space pioneer, a modern day explorer who was among the first to step foot beyond our own horizon and leave mankind’s footprint on a lunar world that had seemed impossible to reach not more than a decade earlier.  This Neil Armstrong Tribute shirt displays an astronaut’s footprint, which symbolizes the steps that he took on the lunar surface.  Last night, as my father and I talked about Neil, NASA and the current state of the space program, he told me how he sat glued to the TV on the evening of July 21, 1969, watching as Neil Armstrong and Buzz Aldrin descended the ladder and took their first steps on the surface of the moon.  My father was working for Westinghouse at the time, and he was well aware that it was Westinghouse cameras that were being used to shoot the footage of the astronauts on the surface of the moon.  He was listening as Armstrong delivered the iconic declaration, “That’s one small step for man, one giant leap for mankind.”  This Neil Armstrong t-shirt is a reminder of the significance of this monumental achievement.  It is also a reminder of how important it is to continue to strive to reach for such horizons, for if we don’t, we are only confirming the decline and lowered expectations of our own civilization.