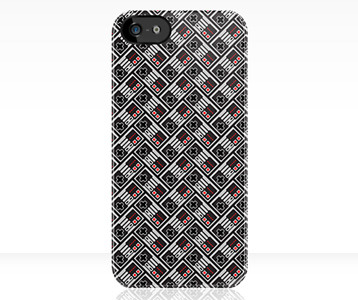 This creative NES Controllers iPhone case features a herringbone pattern of retro NES controllers. The recognizable V-shaped weaving pattern showcases your retro side so others know that you're an old school gamer at heart. Celebrate the Nintendo Entertainment System which debuted in North America in 1985, introducing the world to the 4-button controller and its cross-shaped joypad.  It was designed to replace the bulkier joysticks that had been utilized by earlier gaming consoles. Let this iPhone case remind others of the iconic controller that in some way inspired every controller that followed.