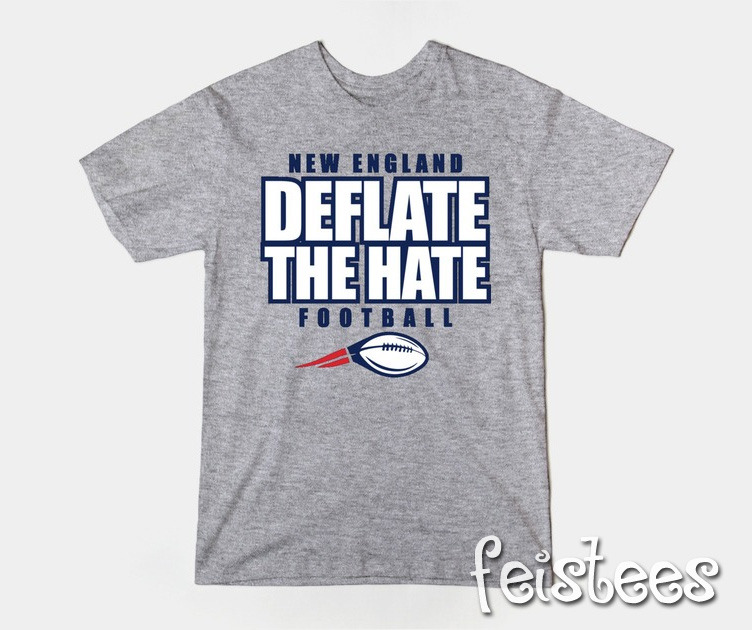 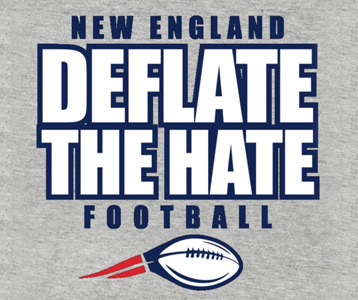 Show your support for the New England Patriots with this Deflategate shirt that displays the message, "Deflate the Hate." The design was inspired by the controversy that erupted when it was revealed that Patriots quarterback Tom Brady might have been using over-deflated footballs in the AFC Championship game against the Indianapolis Colts. Is that why the Patriots fumbles have been so low? Let's face it, the Patriots could have been using footballs filled with lead and still would have beat the Colts. This Deflategate t-shirt lets others know that they need to deflate the hate a little.