Nuttier Than a Fruitcake T-Shirt 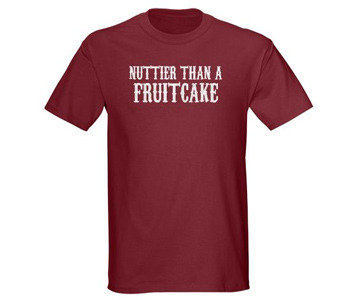 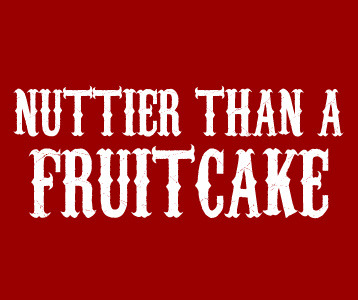 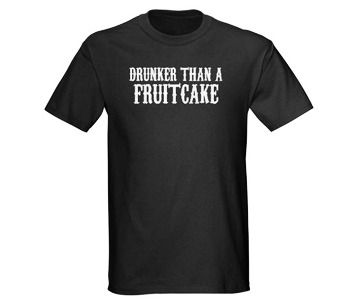 Everyone acts a little crazy around the Christmas holiday.  This t-shirt will warn others that you're nuttier than a fruitcake.  It is also perfect for that crazy relative who just can't help it.  Fruit cakes themselves date back to ancient Rome.  Having proliferated in Europe, fruitcakes eventually made their way to America, emerging as cakes baked with nuts and candied or dried fruit.  The European versions are commonly soaked in liquor.  Many Americanized versions, especially mass-produced fruitcakes, do not include alcohol.  Not only does the liquor add to the taste, the alcohol helps to preserve the cake, allowing it to remain edible for many years.  In fact, in 2003 Jay Leno sampled a fruitcake that had been baked in 1878 and was kept as an heirloom by a Michigan family.  Wear this Nuttier Than a Fruitcake shirt and tell everyone that you're promoting the cake in addition to your own nuttiness.  Realizing that sometimes you feel like a nut and sometimes you don't, there are also Fruitier, Sweeter, Richer and Drunker than a Fruitcake t-shirts available as well.