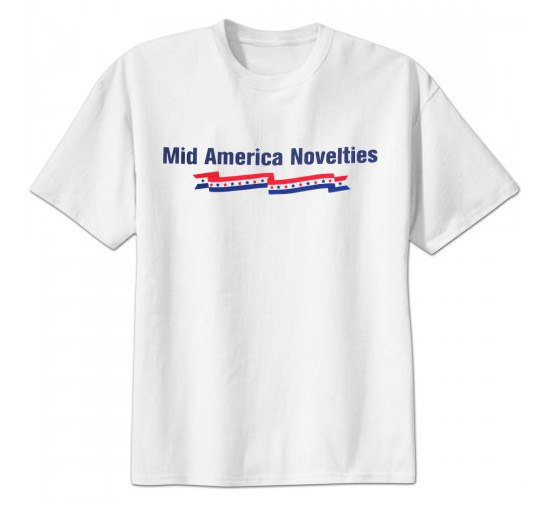 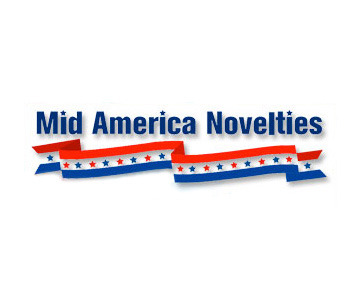 The NBC Outsourced TV show represented by this tee is based on the 2006 John Jeffcoat movie of the same name.  The TV version stars Ben Rappaport as Todd Dempsy, an employee at Mid America Novelties, a catalog-based company that sells American novelty items, including whoopee cushions, foam fingers and cheese wedge hats.  After completing a manager training program, Todd discovers that the company’s call center is about to be outsourced to India.  The company asks Todd to move to India to be the new call center’s manager.  He accepts and the groundwork is laid for this NBC comedy series.  If you enjoy the cross-cultural humor and workplace hijinks, then get this Mid America Novelties Outsourced t-shirt that advertises the fictional company from the TV show.

As Todd Dempsy assumes his position as the overseas office manager, he quickly discovers that the employees who are under him need a crash course in everything American.  The foreign sales team that he is given includes the socially awkward Gupta (Parvesh Cheena), the young America-obsessed romantic Manmeet (Sacha Dhawan), the smart and striking Asha (Rebecca Hazelwood) who is captivated by Todd, the assistant manager Rajiv (Rizwan Manji) who wants Todd’s job, and the extremely shy Madhuri (Anisha Nagarajan).  Todd also encounters a number of other characters during his day, including an American expatriate named Charlie Davies, who heads up the All-American Hunter call center and the Australian Tonya (Pippa Black), who is in charge of the call center for Koala Air.  Support the entire team with this Outsourced Mid America Novelties shirt.  It will surely arouse the attention of fellow fans.

In the tradition of successful modern workplace sitcoms, NBC’s Outsourced TV show maintains the laughs while embracing the cultural melting pot that continues to overflow into both the workplace and American television.  Criticized for perhaps being too self-aware, the NBC comedy series represented by this Outsourced t-shirt both attempts to understand the culture in which it is based, while at the same time making fun of the obvious cultural divide that we all have at some point been exposed to while dealing with a foreign call center.