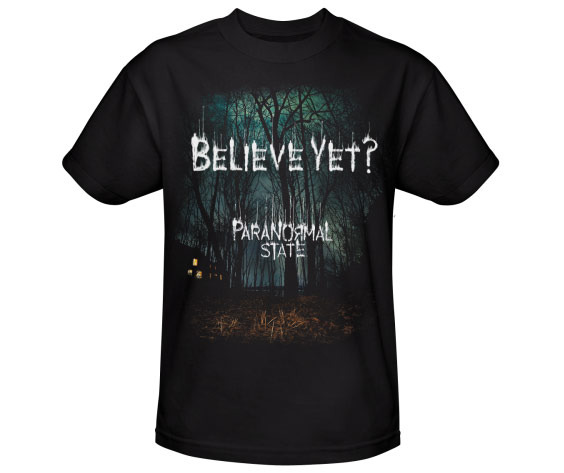 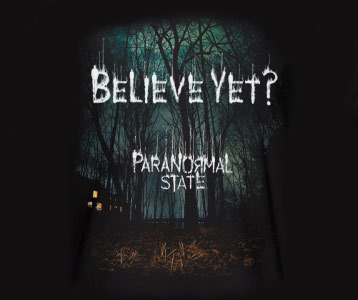 Do you believe in ghosts?  I do and if you’re watching the TV show Paranormal State on A&E, then you probably believe too or at least believe in the possibility of their existence.  Either way, the show can be very entertaining and send a few chills down most people’s spines.  Hopefully, this Paranormal State t-shirt will do the same.

The TV show represented by this tee follows the Pennsylvania State University Paranormal Research Society as they investigate reports of hauntings at various places like jails, homes and restaurants around the country.  They try to determine if there is really an entity on the premises or if there is some other more logical explanation.  The club was started by Ryan Buell when he began school there in 2001.  However, he has been doing excursions like these since his mid teens.  After five seasons on the air, the current show will be ending; however, it will immediately resume with a new set of investigators and will be aptly titled Paranormal State: The New Class.

What is your favorite bone chilling episode?  Mine was when they went to The West Virginia Penitentiary.  I lived in that area as a child and have visited it in person before, so it was exciting to see it on screen.  Needless to say, it truly has an unsettling air to it.  Get a Paranormal State t-shirt to help you put yourself in the right mindset to go on thrilling adventures and hunt for your own spirits.