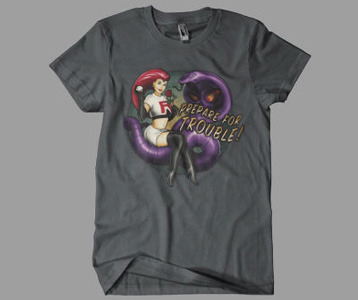 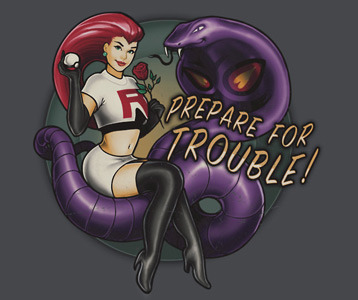 Prepare for trouble in this Pokemon Team Rocket t-shirt featuring Jessie, one of the three members of the trio that sets out to steal Pokemon in nearly every episode.  Jessie is joined by James and Meowth, her fellow antagonists.  As they attempt to live up to the expectations of their boss Giovanni, Team Rocket almost always fails in the end.  This Team Rocket Jessie shirt is a dazzling tribute to the character who tends to be tougher than her companions in crime.