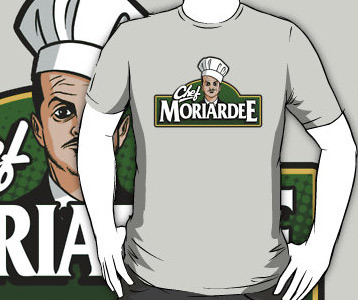 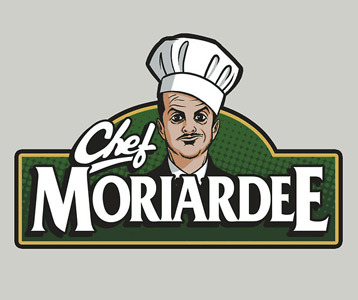 Despite only appearing prominently in two of author Sir Arthur Conan Doyle’s Sherlock Holmes stories, the character, who is known for being the detective’s archenemy, has been featured much more prominently in derivative works of Conan Doyle’s stories, including the second installment of director Guy Ritchie’s Sherlock Holmes movies starring Robert Downey Jr., entitled A Game of Shadows.  Conan Doyle’s primary purpose for introducing the character of Professor James Moriarty was to kill off Sherlock Holmes.  In Doyle’s story “The Final Problem,” after Holmes wreaks havoc on Moriarty’s criminal ring, he chases Holmes in order to seek retribution.  The pursuit concludes on the top of Reichenbach Falls, where both characters seemingly plunge over the falls to their deaths.  This Professor Moriarty shirt puts a creative twist on the character by parodying the popular Chef Boyardee canned foods logo to create Chef Moriardee.