Puzzles Bar How I Met Your Mother T-Shirt 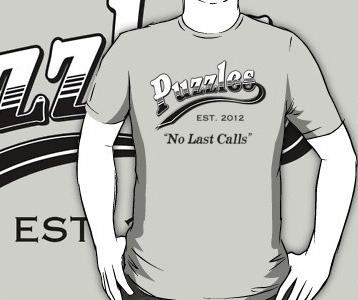 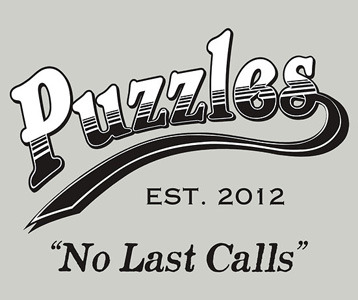 At some point in almost every guy’s life, he’s sitting around with his friends and the following idea is suggested, “Dude, we should open a bar.”  Now, usually the idea is brought up while alcohol is being consumed, but sometimes it is still seriously considered while all parties are sober, or at least most of them anyway.  On the How I Met Your Mother TV show, friends Barney Stinson (Neil Patrick Harris) and Ted Mosby (Josh Radnor) first get a taste of what having their own bar would be like when the bartender at MacLaren’s Bar leaves them in charge while he steps out for a few hours.  Barney and Ted imagine that the watering hole is their own and this Puzzles Bar t-shirt displays the ingenious name that they come up with.

Even though their dream of having a bar where there are no last calls doesn’t quite work out, they again revive the idea during the seventh season.  Disgruntled with MacLaren’s high cover charge on New Year’s Eve, they invite everyone upstairs to Ted’s apartment where they create Puzzles Bar.  This tee features a nearly identical logo to the one that they come up with.  They even sing a song about what Puzzles Bar means to them.  The shirt might help to get you in the door, but we can’t promise everything will work out.  After all, as Ted and Barney learn, you can’t charge practically nothing for beer when your place is getting trashed.  In any case, we still think no last calls was a great idea, for the patrons anyway.