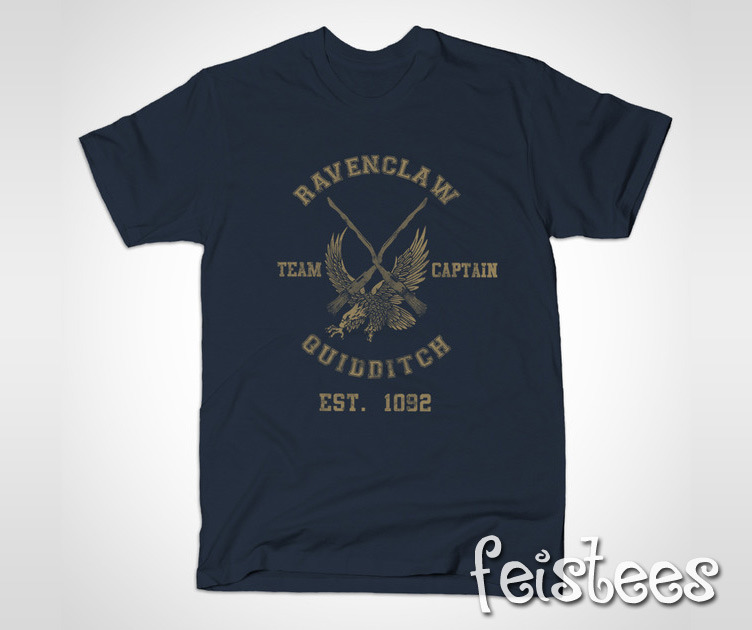 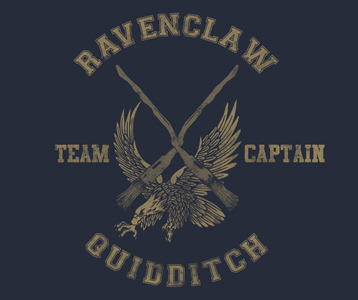 In the fall of 2010, we visited The Wizarding World of Harry Potter at Universal Studios, Florida.  The park had just opened a few months earlier and it was packed with fans who couldn’t help but feel like they were strolling the real streets of Hogsmeade and browsing the actual corridors of Hogwarts, home to the school’s four houses, including House Ravenclaw.  The Crest t-shirt displayed here features a distressed interpretation of their familiar house emblem, which is a fan favorite.  Founded by Rowena Ravenclaw, members of the house represent her emphasis on intelligence, wisdom and creativity.  They may appear socially awkward due to the fact that many of them spend more time expanding the limits of their intellect rather than their social circles.  Notable wizards and witches who have graduated from this house include Garrick Ollivander and Luna Lovegood.  If you feel most in line with the house’s talented and motivated students, this Harry Potter Ravenclaw shirt will represent you well.