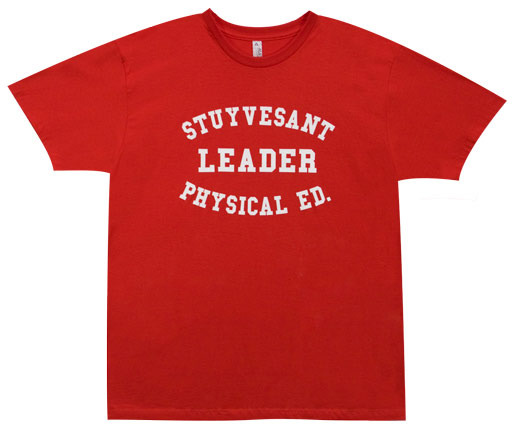 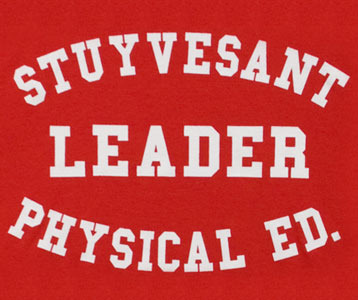 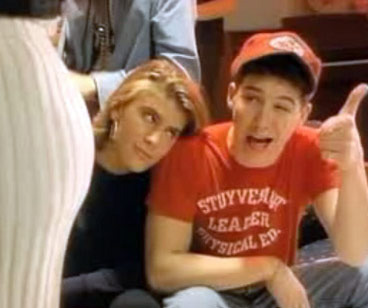 You gotta fight, for your right, to party!  And if you’re going to party then you might as well do it right in this red Stuyvesant t-shirt that is just like the one Adam Horovitz wears in the music video.

The Beastie Boys group is made up of three New Yorkers, Michael Diamond aka Mike D (drums), Adam Yauch aka MCA (bass), and Adam Horovitz aka Ad-Rock (guitar).  None of these members attended Stuyvesant High School located in Manhattan’s East Side, however, an original member named Kate Schellenbach did.  That’s right, at the beginning there was a female Beastie boy and she remained a member until 1983!

Although the rest of the members weren’t big fans of the song, in 2011 Adam Yauch commemorated their hit music video “Fight for Your Right” with a comedic spoof called “Fight for Your Right Revisted”.  In it, Elijah Wood and Will Ferrell donned the iconic red Stuyvesant shirts as they played the role of Ad-Rock.  The short film featured Seth Rogen, Danny McBride, Jack Black and John C. Reilly as members of the Beastie Boys.  There were also cameos from dozens of other stars like Ted Danson, Susan Sarandon, Steve Buscemi and Chloe Sevigny.

Just one more piece of trivia for those of you who snatch up this tee...many scenes from the movie Hackers were filmed at Stuyvesant High School, although it was referred to as Stanton High School in the movie.