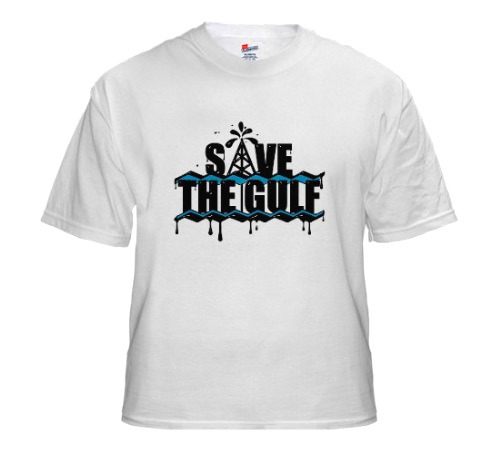 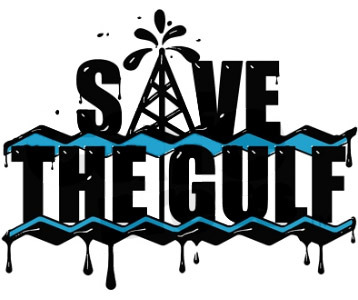 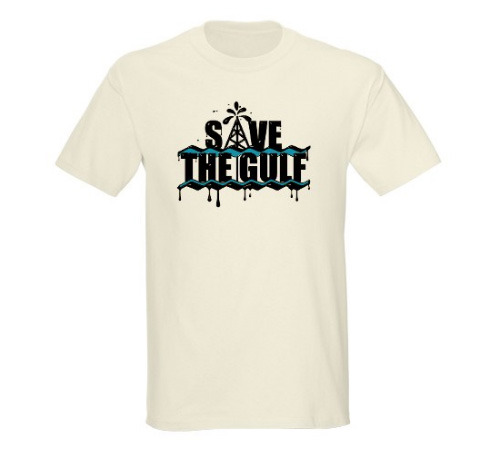 On April 20, 2010, an explosion occurred on the BP oil rig Deepwater Horizon, triggering an oil spill in the Gulf of Mexico.  The blast tore the oil rig apart, killing 11 of 126 men on board, and it sent oil spewing from the ocean floor toward the coastlines of Louisiana, Mississippi, Alabama and Florida.  The BP disaster has created the largest oil slick in the Gulf of Mexico since 1979, directly impacting the wildlife and the livelihoods of the region’s fishermen and roughnecks, the latter of whom risk being out of work permanently, at least in terms of off-shore drilling.  Support the Gulf cleanup effort with this Save the Gulf t-shirt that brings attention to the growing disaster that even as of today, July 5, 2010, nearly two and a half months after the spill began, has yet to be contained.

The Gulf cleanup effort has itself been polluted by the political motivations of everyone from environmentalists on the left to President Barack Obama himself, whose failure to promptly act has raised many questions, even from those in his own party.  Wear this Save the Gulf tee to remind everyone, including President Obama, that prompt action is of the utmost importance.  It was in fact President Obama who, three days after the Deepwater Horizon explosion, turned down the Dutch government’s offer to send ships outfitted with oil-skimming booms, in addition to their proposed plan to help build sand barriers to protect sensitive marshlands.  The Dutch Embassy received a polite letter from the Obama administration declining their assistance.  But why the government's decline and delay in taking action?

Oiling drilling and consumption is the leading antagonist in Barack Obama’s plan for a “clean-energy future.”  Just visit his web site where this sentiment is clearly spelled out on the front page that features a petition which reads, “I stand with President Obama to pave the way for a clean-energy future that combats climate change, creates a new economy powered by green jobs, and ends our dependence on foreign oil.”  Combine this with his overwhelming support for cap and trade, a controversial and easily corruptible way of controlling factory emissions, and it’s not so hard to see the possible motivations behind his actions, or lack thereof.

Whether or not you agree with President Obama’s views on energy and the environment, including climate-change, this Save the Gulf t-shirt will help to bring awareness to the still uncontained BP oil spill that will likely plague the affected areas for years to come.  If you decide to take part in the cleanup effort, this BP gulf oil spill shirt is one piece of apparel that will look better with a few oil stains on it.

This t-shirt was designed by Teecreation and discovered at CafePress.