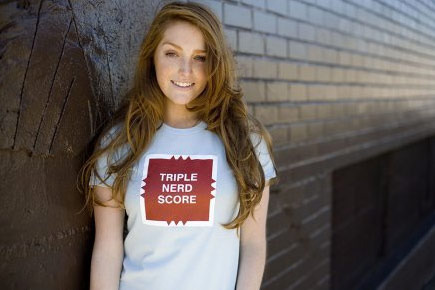 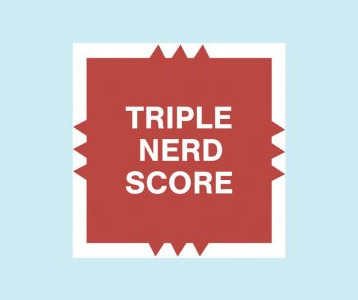 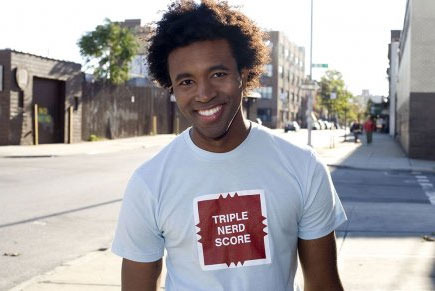 What did you do tonight?  I played Scrabble. I have to admit that I am not just a Scrabble player; I am basically a Scrabble addict.  I play at home on the traditional board, online with friends and have also been known to play with a travel board during long car or plane rides.  This Scrabble t-shirt isn't just for word nerds like me though, it's for any fan of this classic game.

This Triple Nerd Score shirt pays tribute to the Hasbro board game Scrabble, which is known for its fifteen by fifteen square grid speckled with special blocks.  In a standard version of the game, there are red triple word blocks, dark blue triple letter blocks, pink double word blocks and light blue double letter blocks.  In specialty versions of the board game, these colors can be different but are located in the same place with the same values.  Two to four players draw lettered tiles and arrange them to spell words that connect with other words already in play.  Each of the 100 tiles has a point value based on the letter's frequency of use, except for the two blank tiles.  Whoever gets the most points when the letters run out, wins.  It sounds easier than it is, however, wearing the right tee might bring you some luck.

If you are hooked like I am or just enjoy a relaxing round occasionally, then this Triple Nerd Score Scrabble t-shirt will surely please you.  Get one for yourself or a fellow word nerd.  For anyone interested, MUZJIKS is the highest scoring opening move possible at 128 points and its meaning is Russian peasant.  Break out the board and rack up those tiles!