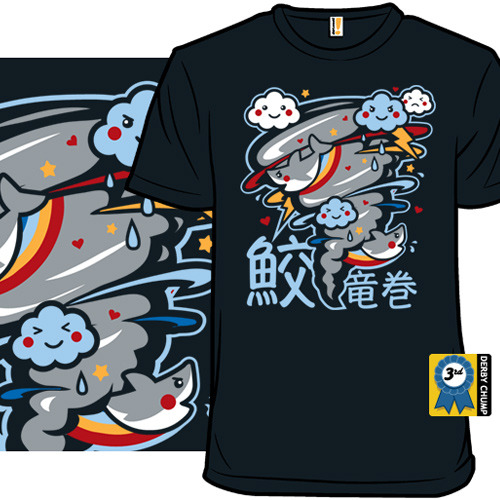 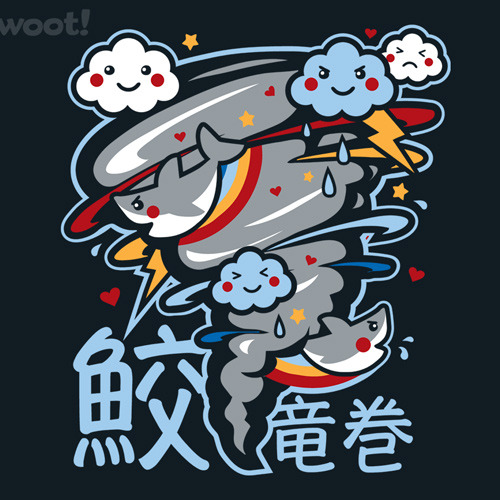 Some movies are so cheesy that they are awesome!  This Sharknado movie t-shirt highlights one of these anomalies that took TV viewers by storm in 2013 and caused a whirlwind of frenzy on Twitter.  The SyFy movie starred nineties celebrities Ian Ziering, Tara Reid and John Heard as they struggle to survive a deadly shark infested storm passing through the Los Angeles area.  These blood thirsty creatures are not only being pushed in by hurricane flooding but have also been picked up by tornadoes forming over the water, which have carried them inland in the funnels.  They are everywhere, including falling from the sky!  This Sharknado shirt is for those who appreciated the lightness of the unrealistic special effects, the overacting (or sometimes underacting) and the unbelievable plot twists.  You and I aren't the only ones who enjoyed the cheesiness, because it has sparked talk of a sequel to be set in New York City!  Support the idea of a round two by wearing this cool tee.