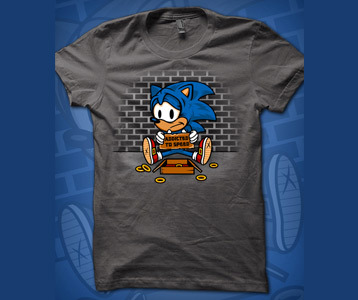 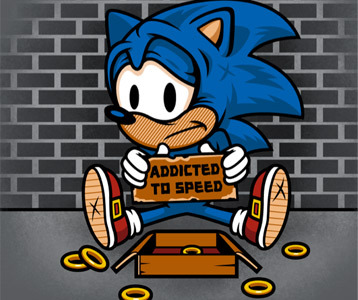 After watching Mario lead the way during the 1980s as Nintendo's mascot, rival game publisher and hardware company SEGA knew that in order to compete, they needed a successful mascot of their own.  This Sonic the Hedgehog t-shirt displays an image of Sonic, the main protagonist of the video game franchise that began in 1991.  The fast-moving, speed-based platformer helped to make SEGA a leading video game company during the 16-bit era.  This humorous Sonic Addicted to Speed shirt features the blue hedgehog begging for coins to feed his speed addiction.