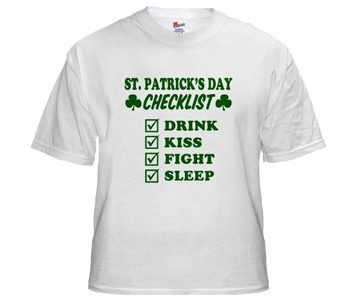 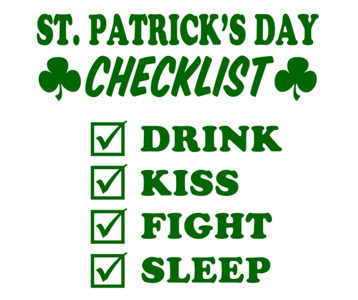 As an avid hockey fan, I was immediately drawn to the Goon movie trailer.  The 2012 comedy stars Seann William Scott as Doug Glatt, a not so intelligent man who breaks into the world of minor league ice hockey solely based on his fighting ability.  The movie is based on the true story of Doug Smith, an amateur boxer who didn’t learn to ice skate until the age of nineteen.  Determined to make the NHL, Doug marketed himself solely as an enforcer, a tough guy also known in the hockey world as a goon.  This t-shirt, as seen in the movie’s trailer, is worn by actor Jay Baruchel who portrays Doug’s friend Ryan.  The St. Patrick’s Day Checklist shirt displays everything that you are supposed to do on the Irish holiday: drink, kiss, fight and sleep.