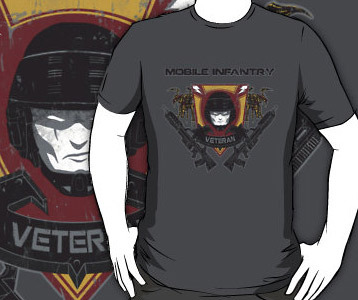 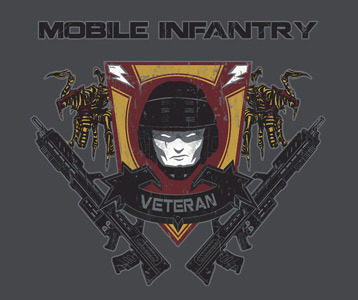 Imagine a universe where humans must do battle with alien arachnoids referred to as “Bugs” that are trying to take over the planets.  No, we’re not talking about the video game Halo.  Instead, we’re referring to the 1997 sci-fi movie Starship Troopers.  This shirt shows that you are a veteran of the Mobile Infantry.  As one of Rico’s Roughnecks, you helped military scientist Carl Jenkins (Neil Patrick Harris) to track down the Brain Bug.  Studying the bug ensured that the military would be victorious over the arachnoids, since the Brain Bug controlled the other bugs.  Wear this tee as you share war stories from your bug battling days.